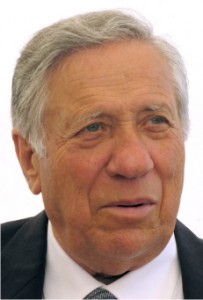 A trade where tradition, experience, creativity and sweat are still fundamental to the processing. A trade where technology and innovation are extremely important, but where hands, only man’s hands can give leather processing the quality it deserves. It is 1955 when Ivo Nuti opened his first tannery (Conceria Nuti Ivo) in Santa Croce Sull’Arno, with 15 employees, to produce suede splits for footwear. We are in the midst of an economic boom and production fills orders in parallel with an Italy that is growing quickly, and consequently the plants and employees also increase, transforming Nuti Ivo into a true point of reference for the industry.

Ivo Nuti used to tell this anecdote: «In those years there was no need to go out and sell the skins; the footwear and leather goods manufacturers came to get them from the tannery. They didn’t even give us time to finish them. As soon as we’d finished processing they rushed them out of the warehouse. The world turned, well-being was there for everyone». 15 years have gone by since the company opened and it becomes immediately clear that if we are to grow further something has to change.

Ivo can count on his renowned specialist mastery (it was no mere chance that he opened his company in Santa Croce Sull’Arno, an area known for centuries for its skin tanning expertise) and his consolidated experience in tanning. And so the change comes: 1970 sees the start of specialising in the luxury industry and consequently openings in new sectors such as clothing and leather goods. The market immediately shows an interest and is in constant development, so the decision proves correct. Certainly, the company has never had problems in terms of orders, but tanneries spring up like mushrooms in the surrounding area and Ivo knows that, sooner or later, the market will become saturated and prices will drop. But not for those producing at the highest levels. Another 15 years go by, then in 1985 Nuti Ivo joins the international markets. Another intuition of fundamental importance, so much so that an increasing percentage of production is allocated to new international markets. 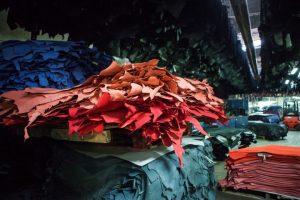 To meet the strong growth in production and the constant increase in demand, additional production plants are opened over the years with separate (directly controlled) companies, which soon specialise in specific sectors other than Conceria Nuti Ivo production so as to cover a much wider range of product types and to exploit scale economies and synergies that are unthinkable for organisations that are too big.

So, in order, Conceria Lloyd appeared (1982) and Conceria Everest (1989), each the master of its own production identity. His strength begins to fade and Ivo Nuti gradually gives freer rein to his children, who continue along the path he had started. It is by following his teachings that constantly growing demand gives rise to two more tanneries: PAPETE (2012) and Deluxe (2013). Ivo Nuti retired in 2005. He died aged 80 in February 2013.

The Chairman of the Provincial Government of Pisa, Andrea Pieroni: “In his actions as a human being and as captain of his business ship, Nuti showed his ability to drive development without ever being blinded by the limelight, with his qualities – now increasingly rare – of pragmatism, forward thinking and commitment, capable of generating value for the economy and for society”.

2014 sees the production start-up of chemical products for internal use as a result of the major restrictions on dangerous substances and the enormous focus of all large customers on this topic.

TUNENIC Leather Ltd. – Mr.Joe Law starts his leather career since late 1970s. And established his own leather company since 1985. We become the Hong Kong office of NUTI IVO Group in 1995.

Since 2012, new factories are set up in ITALY and Morocco to enlarge the productivity , they are:

Conceria PAPETE SRL – A young, dynamic tannery since 2012. Making Full Vegetable tan leather on Sides and Bellies by cattle hides such as calfskins. From the thickness 1.0mm to 2.5mm which designed for the production of leather goods and footwear.

Conceria DELUXE SRL – Open in 2013 and most recent entry to the Nuti Ivo Group. Making Italian Goat and Sheep skins for footwear, leather goods and clothing (garment leather). It offers a highly competitive product combining semi-finished production from the raw materials countries of origin with the technology and taste of traditional Italian tannery. Deluxe uses innovative technologies such as digital printing, assembly with various kinds of fabric and many others. We also produce Metal-free linning.

Tannerie SHIHARA SARL – Located in Morocco, North-West African. Produces quality cattle skins, mainly for footwear which are then finished at the Italian tanneries of the Nuti Ivo Group. In order to further consolidate relations, negotiations began in 2015 for the purchase of an equity interest that is due to be finalised in the near future. Production is fully supervised by our in-house experts. SHIHARA now accounts for 35-40% of all cattle material available in the country.

PARPELLI SA – In 2016, another new tannery in Paraguay, South America starts to work. PARPELLI is the result of a partnership with the country’s largest producer of raw materials, which with the internationally-renowned know-how of the Nuti Ivo Group tanneries has made high-level production possible. The product mainly targets the footwear market, particularly sports footwear, and production capacities can satisfy the demand of even the largest international brands. The company also continues its application of the international raw materials procurement strategy. 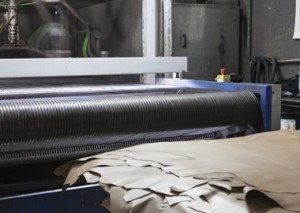 Metal Free Linning/Upper leather: Nuti to become a very important players on linning supplying European and American brands like Geox, Zara, Wortmann, Addidas, Lenci etc. We can produce 16,000 skins for linning per day (over 2,000,000SF per month) while 5,000 upper skins per day (Over 750,000SF per month). Our tannage was exclusively developed by our technical team. All chemicals used in the wet tannage provess are supplied by our own chemical company Novakem SRL.

The gol of Novakem is the production of chemicals for tanneries. The company starts its production on July of 2014 with a cooperation of engenieers and chemists and a group of historical tanners in Italy, mixing a specific technical knowledge with 50 years of experience in tannery business of high level. Novakem gol is to produce a small quantiy of chemical products of high quality to satisfy the demand of tanneries and became a international point of reference .Thanks of the proven experience of the tanneries of NUTI IVO GROUP,  Novakem products are perfect for producing leather of high quality in veg tanner and also in chrom tanner.

Other than the linning, the total capacity of the Nuti leather Group is about 4.0 million sq ft. each month, and over EURO 100 million turnover. Unlike most of the tanneries, they produce their leather from rawhide up to finish. It is not easily being done in Europe. 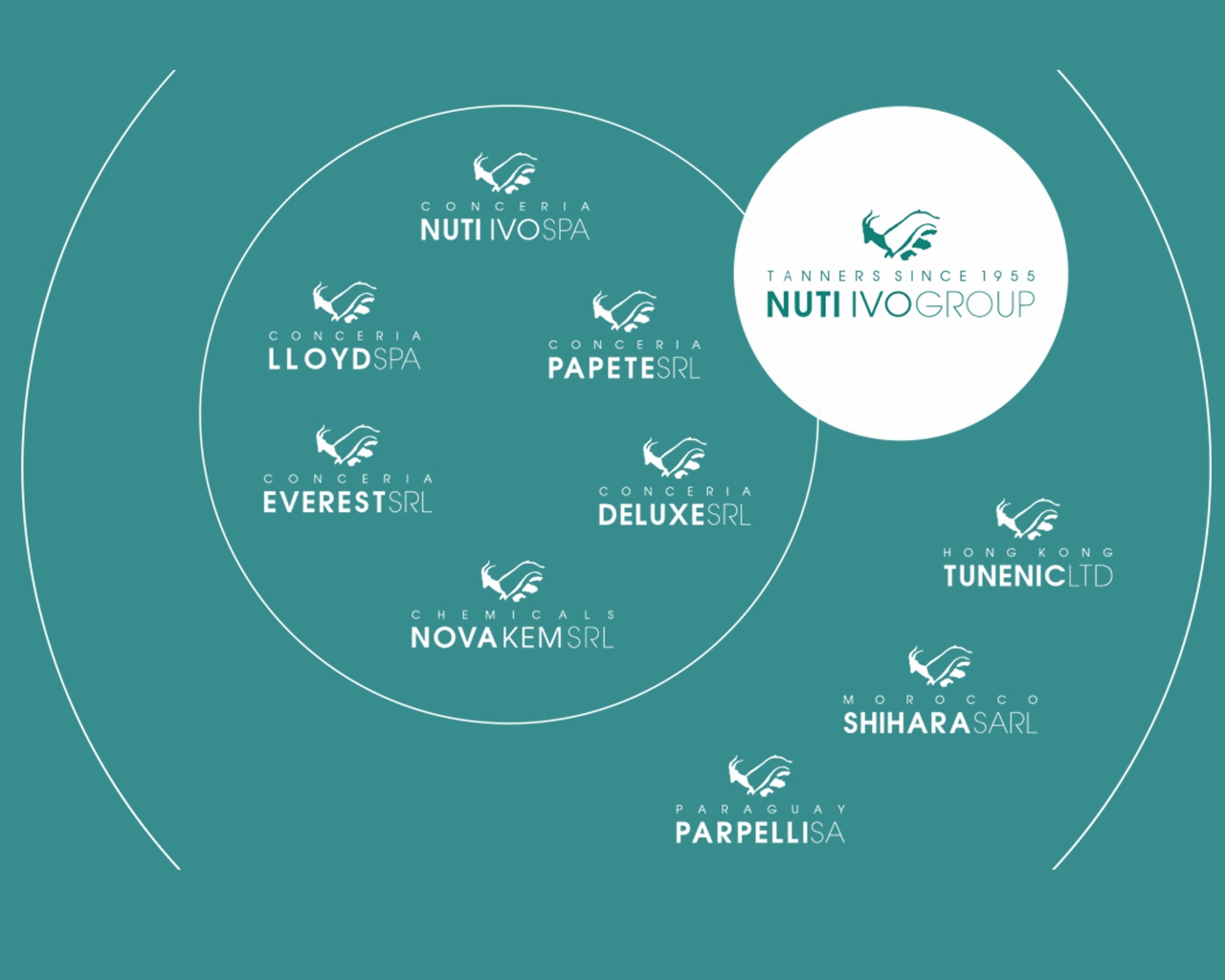